What to know about CP Theatre

Christian Performance Theatre (CP Theatre) is an after-school theatre arts program operating sessions in fall, winter, and spring training participants in all aspects of the performing arts. Based on our foundational format, we aim our focus towards students ages 5-18 in voice, drama, dance, improvisation, musical theatre, and more. Each session concludes with a showcase performance to demonstrate what they have learned. Ages 8-18 currently enrolled in the class session are welcome to audition for a Broadway-style production. Toward the end of each session, a fully-staged production is presented. Students choosing not to audition or if not cast, are encouraged to participate in the production by way of ushering, working backstage, assisting with props, or helping in the hair, makeup, or technical areas. Parents also make a commitment to serve as a vital and active participant of the production by serving on production committees. Without the support of our parents, we could not offer the high-quality production that has become a commitment and value of the organization.

In the summer, we love our camps. Camps mix together games, summer fun, and opportunities for learning and growing in theatrical skills. At the end of a full week, we prepare for a showcase that entertains and brings smiles to family, friends, and cast!

CP Theatre commits to the highest ethical, moral, technical, and artistic standards of excellence. We are a family-oriented organization committed to providing entertaining activities centered around family. Instructors range from experienced professionals to qualified alumni with solid knowledge and skills in teaching and/or performing. These individuals must understand and agree with our mission statement, values, objectives, and goals. All CP Theatre staff strive to be excellent role models and live that life both on and off stage. 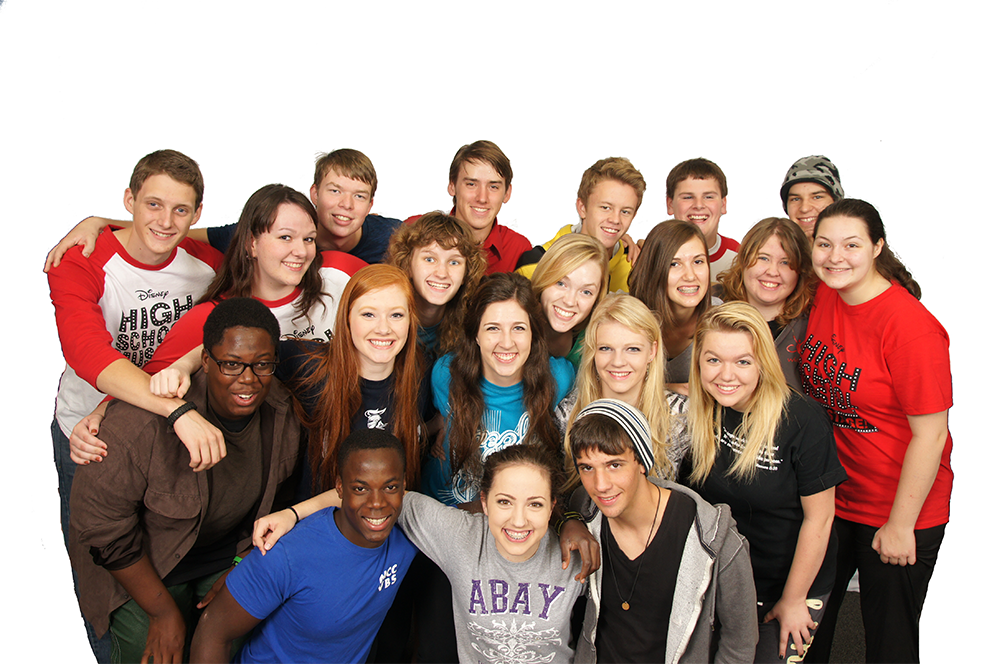 CP Theatre stands in the forefront in its commitment to the highest ethical, moral, technical and artistic standards of excellence. Instructors are professionals, qualified in teaching and/or performing, who must understand our mission statement, values, objectives and goals. All staff strive to be excellent role models.

First and foremost, CP Theatre was originally Christian Youth Theater (CYT) of Wichita. Our originating Artistic Director and founder, Linda McGinness, followed a visionary idea from friend Sarah Anderson and gathered a Steering Committee together in January 2009 to explore the possibility of bringing CYT to Wichita, Kansas. With the support of a team from Kansas City CYT and a building filled with over 200 interested Wichitans, the committee incorporated Christian Youth Theater Wichita as a 501(c)(3) in April 2009. CYT Wichita opened the summer of 2009 with 2 Broadway Kids Summer Camps;a June camp of 100 and a July camp of 130 students! We were on our way!

Years progressed and so did the growth of CYT Wichita. For over a decade, CYT entertained thousands with an ever growing list of families involved over that time. From our first production in the fall of 2009, Robin Hood: The Musical with a cast of 36 students to our larger productions that even topped a 100 member cast, there are thousands of memories, stories, pictures, videos, laughs, hugs, and tears of joys to be remembered from our families.

The Board, Staff, and supporters of CYT Wichita wish to express a sincere “Thank you” to the many hours of volunteer support parents and patrons contributed. CYT Wichita would have never made it this far without you and we look to the future with a reinvigorated vision to move forward.

2020 will be remembered as a year of challenge and change. With restrictions, closures, and a battle of unknowns, Christian Performance Theatre (aka CP Theatre) is the restructuring and revitalization plan that the organization needs, to not only survive but to grow in this new decade. After a wonderful career, founding member, Linda McGinness has passed the Artistic Director baton over to trusted friend, director and board member, Dean Owens. Dean has a rich history with CYT since the first season back in 2009. His vision for CP Theatre includes not only our traditional format of musical theater for children but an opportunity to ‘expand the territory’, increasing the influence of CP Theatre into the lives of students, families and the surrounding communities for the glorification of God.

We look forward to how God will allow us to work together to impact the arts for Him!

The Word of God is foundational to the structure and operation of Christian Performance Theatre, Inc.  Our full Statement of Faith can be found here .